In the Middle : Biopsychosocial Model

This is an interesting topic for me as a medical student and a disabled person, because both groups use the phrase to mean different things, one is seen as a positive thing and the other a negative. I thought I would write this post as a 'translation' of sorts - because I have seen it lead to misunderstandings or arguments. It is almost a 'false friend' situation for the linguists amongst you.

The biopsychosocial model (henceforth BPS) has an understandably bad reputation amongst disabled people. It has been used by many to suggest that people are not impaired by biological disease, but rather by psychological beliefs that they are sick, and therefore as an excuse to deny medical treatment, insurance coverage or benefits applications. These alleged psychological beliefs are of course not deemed 'proper disease' enough to merit psychological treatment, so people are left being told that their illness is 'all in their head' and therefore they just need to pull themselves together.

Before my diagnoses I was frequently told that fatigue, joint pain, dizziness etc was all in my head and therefore that I should ignore it and push through. I asked on several occassions why, if I had a psychological disease I was not being given psychological treatment. (Doctors need to get better at saying 'I don't know'.) There is obviously a lot of hurt and frustration felt by sick/disabled people who have been dealt with in this way. Or, people are 'diagnosed' with social problems, which often intertwines with the 'illness behaviour' narrative - e.g. you are not working therefore you sit at home and worry yourself into being ill, for which the obvious cure is to threaten people on benefits to the point that they no longer live the comfortable, shelterd life which the government seems to think benefit claimants have.

It is however, used in another way. The BPS model has been introduced into some medical schools / postgraduate training as a way to remind doctors that there is more to caring for a patient than the medical model. The medical model is basically 'you have broken your arm, we need to pin it and put it in a cast' or 'you have an infection, you need antibiotics'. It is very much the model that you want doctors to be using when you are being resuscitated after a car crash, but once the immediate danger has passed there are other aspects to consider.

So, as a reminder that a biological disease process (let's say Parkinson's) will have more than purely biological effects. It has psychological effects - in the case of Parkinson's both psychological symptoms such as depression and the general 'reactive' psychological effects that can come with any chronic illness - adjustment to new symptoms, traumatic medical experiences etc. There are also many social effects that come from having a chronic illness - the stigma of appearing drunk for example, as some with Parkinson's can do, the fact that the world is not accessible and is therefore disabling (so we include 'social model' thinking which states that people are not intrinsically disabled, they are disabled by their environment - e.g. stairs with no lift alternative disable some folk with mobility impairments, expectations that a normal working day is 9-5 5 days a week disables folk with chronic fatigue or frequent hospitalisations/medical appointments).

The BPS model was introduced in this context to remind doctors that it is not necessarily enough to give folk some tablets and send them away. The multidisciplinary team (ooh, I get points for using the buzzwords!) is given the recognition it deserves in this context - OTs, Social Workers, chronic illness psychologists (yes, I'm told they do actually exist but I've never seen one in the wild).

In my mind the BPS model as applied this way is a very good thing for chronically sick/disabled people, because it is a much more 'holistic' model than the medical model used in isolation (and I hope it's clear that I think the 'it's all in your head' use of the BPS model is very damaging).

Email ThisBlogThis!Share to TwitterShare to FacebookShare to Pinterest
Labels: both medic and patient 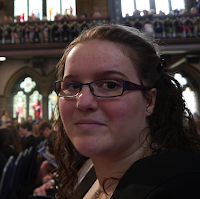 I'm Flo. I'm a doctor that uses a wheelchair and takes more medication than most of my patients. My interests are geriatrics, chronic illness management and health inequalities.